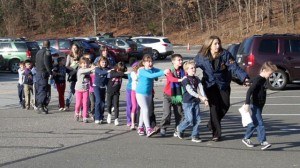 Fourth Graders at Sandy Hook Elementary were instructed to close their eyes while being led away from the school.

By coincidence my day in the classroom began with a scheduled Code Blue drill. During my school years our disaster preparation was limited to fire and tornado drills. The ridiculous duck and cover from nuclear blast drills had, by then, been discontinued. The relatively new exercises developed in response to the gun violence deaths at Columbine and have now become routine.

I was much too busy teaching to check the news until lunchtime, and when I did I began seeing headlines announcing another school shooting, this time in Connecticut. Though it didn’t occur to me then, such headlines about gun violence had become so routine that I didn’t open any of the articles for details until after my work day ended.

Following lunch I was clustered with several other teachers on the playground as our students enjoyed the mild weather by swinging, chasing and tossing a football. Almost in passing each of my colleagues mentioned the breaking reports of another school shooting. Details were scarce, and as usual, inaccurate, incomplete and often contradictory. We all offered our now-standardized regrets and then discussed the weather, our upcoming holiday plans and a parent who threatened to withhold Christmas from his son elementary aged son if he received less than a B on his online grade reports.

When I returned home, I settled down to the routine of checking my various social media feeds and several news outlets. By then, a clearer, though neither fully accurate nor complete picture of of the Sandy Hook Elementary School murders. Only then did the shameful realization settle in that I had become inured to these events. I find no comfort in the fact that my protective denial is widely shared. 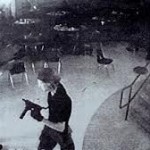 Too many of us have efficiently shielded ourselves from the incumbent responsibility  of living in a civilized society. Some have gone so far as to celebrated wanton selfishness by re-branding the belief as libertarianism. We’ve thoughtlessly accepted as regrettable but unavoidable the fallacy that the slaughter of school-children is some legitimate price that must be paid to protect a greater good. It is an inescapable conclusion, though, that we’ve become all-too-willing enablers of deranged killers of our own children and neighbors.

I am the product of a rural upbringing and I continue to appreciate and enjoy firearms. In my youth and through much of my adult life I accepted as fact that the NRA and its political lobby advocated for my “rights” and for the safety of law-abiding gun owners. Today, I have no reservations acknowledging that I was not only duped, but that I was intellectually and morally lazy in my previous assessment.

My legitimate rights are not now, nor have they ever been, intrinsically tied to those who murder and maim innocent humans being, let along small children. My willful assent to the patently irrational thought that murder and rights cannot easily be differentiated is damnable, however common.

There must be a swift and effective public response not to the singular bloodletting at Newtown, Connecticut’s Sandy Hook Elementary, but to the gripping lie that has enabled so many of these tragedies. Reactionary measures that so often produce a sense of noble felicity seldom if ever address much more than self-satisfaction. I don’t support some widespread confiscation of firearms anymore than I support the knowingly lax provisions that have so effortlessly put weapons into the hands of maniacs. It is, however, incumbent upon all of us and especially those of us who responsibly own and use firearms to greatly reform restrictions on guns.

As I see things, the first step to creating effective gun violence legislation is to filter off the uneven extremes. I say uneven as the anything-goes weapons manufacturer’s lobby – that would be the near-exclusive purpose of the NRA – is demonstrably more powerful politically and financially than the tiny minority advocating elimination of most gun ownership. There is one group of Americans who would be most effective in advocating for such legislation, though any efforts should not be impeded should this segment to which I belong demurs from participation. 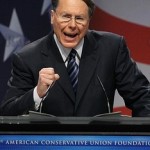 We responsible gun owners have been ducking a choice we’ve had for more than a half-century. We’ve collectively allowed any legitimate concerns over any real right to lawfully possess and use firearms to be manufactured into delusions which have been artfully marketed. Those fueling such irrational notions as any restriction of guns is an immanent threat to us or the liberty of our nation have invested very little in recruiting our minds, our treasure and our votes. Of course, we willingly found more comfort in falsehoods than we did by living up to our duties as citizens.

I’d like to believe that a vast majority of lawful, sane gun owners are capable of divorcing the National Rifle Association as one would an untrustworthy spouse. To even tacitly endorse this lobby is to not be capable of reflection and reason at this point in history. We need to reject the association with the gun manufacturer’s lobby with every bit as much vehemence as loving Christians disassociate themselves from the actions of Westboro Baptist Church. Likewise, those who choose to actively or passively follow the NRA line must be known in the same light as those who protest military funerals.

Look away no more

Laws to dramatically mitigate gun violence can no longer be remedial in nature. Likewise, these regulations can no longer preemptively target popular but ill-informed notions regarding causes of gun violence. Here are my five point for rethinking gun violence legislation.

In a subsequent post, I’ll expand on each of these points. In the meantime, let’s accept that society in general, and gun owners perhaps most of all, already know what needs to be done. It really should be much easier for responsible citizens to repudiate the hysteria marketed by the NRA on behalf of corporations than to accept the funerals of dead children.

Names of the victims