Emperor Hirohito reigns over an inferno

In Herbert Lord’s seminal study of the Titanic disaster, A Night to Remember, White Star Line’s president, J. Bruce Ismay, is revealed alternating between distinguished passenger and company operative, at times questioning Captain Smith about estimated arrival times in New York, and at others, slipping into one of the last remaining lifeboats when it becomes apparent those left on board he doomed liner will not live to see the morning’s sunrise. As the condition of Japan’s military circumstances is fully revealed to Emperor Hirohito, he, too, can be seen drifting from his divine status to an active, though surreptitiously, political operative aware there will be harsh consequences imposed upon war criminals by the victors. For the Emperor, his ship is not sinking; it is burning away beneath his feet. 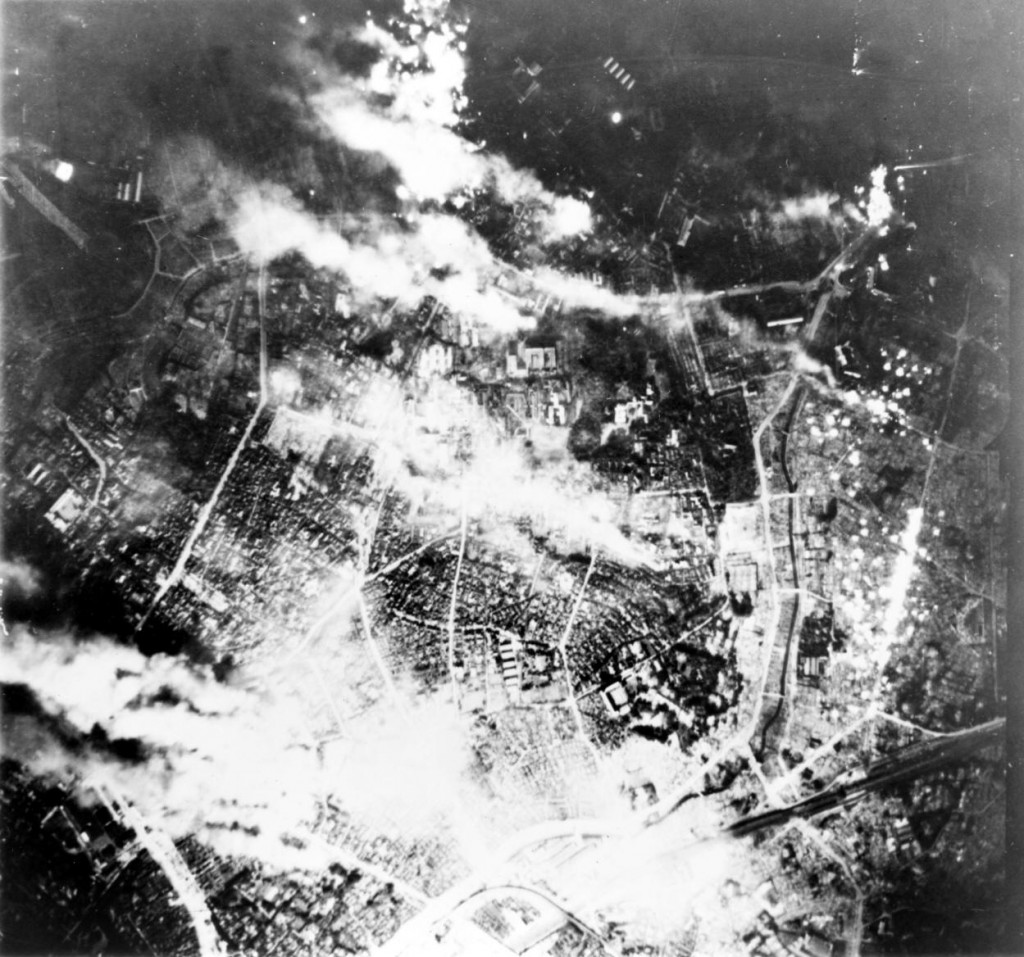 Tokyo was bombed with incendiaries on the night of March 9-10, 1945. More than 16 square miles of the city were completely destroyed. A minimum of 80,000 Japanese civilians died in that one raid alone.

Hell is on us

When the island’s garrison had all but been annihilated, Saipan became the first of the Mariana Islands to fall, soon followed by Tinian and Guam. With it’s capture Emperor Hirohito uttered the prescient words, “Hell is on us.”

Saipan’s loss set in motion three events that hastened the decision to surrender:

As we know, these three factors combined to form other, greater causes leading to Imperial Japan’s final capitulation, but I would argue the most causal of these is the revelation by Emperor Hirohito that his military leaders had grossly misinformed him regarding the status of the war he sanctioned in late 1941.

With Japan’s outer defensive ring of islands breached, the empire could still wage war as long as its supply or raw materials from Southeast Asia, most important of these being oil, remained operational. Even with the increasingly lethal toll being taken by American submarines and carrier based aircraft, Japan could supply its home island and inner ring defenses with fuel, ammunition, repair parts and food to its soldiers and still lethal battle fleets despite its greatly diminished carrier force. That lifeline ran from Southeast Asia northward to Japan between Formosa and the Philippine Islands. 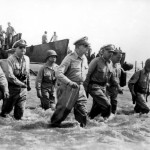 On 20 October 1944, General Douglass MacArthur waded ashore at the Philippine island of Leyte, issuing his now famous announcement, “I have returned.” Within five months, Manila, the American commonwealth’s capital on the island of Luzon. was recaptured by American and Philippine forces.

The capture of the Philippines meant the severing of Japan’s line of communications to Southeast Asia. Even by January of 1945, Japan was effectively starved of nearly all incoming oil supplies, its on-hand reserves soon to be depleted during the fanatical defense of Okinawa which was assaulted on 1 April 1945.

Beginning in November of 1944, large scale raids began on Japan’s home islands by B-29s. Japan’s southernmost home islands had been subjected to bombing by the new, massive Superfortresses based in China, but the inherent supply problems of supporting raids on the extreme limit of the heavy bomber’s range was overcome by basing the B-29s in the Mariana Islands, which put nearly all of Japan’s home islands within the operating range of round-the-clock raids.

The March capture of Iwo Jima, a volcanic island within Japan’s inner defensive ring between the Marianas and Japan eliminated both a Japanese fighter threat as well as an early warning asset for Japan.

For the Americans flying the B-29s, Iwo Jima’s airstrips offered a welcomed and needed way station on the 1,300 mile return trip from Japan to Guam, Tinian and Saipan. Prior to the capture of the Bonin Islands, of which Iwo Jima is among, the crews of crippled B-29s had to ditch or bail out into the North Pacific in hope of rescue by American submarines, which had, at least tactically, a much larger job to perform.

Of the 8.1 million tons of Imperial Japanese merchant shipping sunk by the U.S. force during the war, 4.9 million, 60 percent, was sent to the bottom by U.S. Navy submarines. The remaining 40 percent of Japanese merchant losses came from air and surface attacks.

A Japanese merchantman, its keel broken by an American torpedo, breaks up before sinking.

The yearly totals of tonnage sunk by submarines tell their own story of Japan’s loss of necessary materials needed to continue war while still providing just enough food to prevent civil unrest among Japan’s civilian population, a concern voiced directly to the Emperor in February 1945.

The near tripling of losses from 1942-1943 reflects American improvements in tactics and torpedo technology. By 1944, with its technical and tactical problems behind them, the U.S. submarine forces mostly now relocated to Western Australia, with some of the Pearl Harbor force operating from Midway, devastated the Japanese merchant fleet. By 1945, as the monthly average losses reveal, American subs had almost completely eliminated medium to large cargo ships and tankers, resorting to attacks on small coastal merchant and fishing vessels.

LeMay abandoned nearly all conventional practices for strategic bombing, including high-altitude bombing. He also initiated a change in bomber payloads that would guarantee not only the destruction of legitimate military and industrial targets, but the lives of hundreds of thousands of Japanese civilians.

The B-29s began replacing their high explosive ordnance with incendiary bombs, delivered from low altitudes revealed as gaps in ground anti-aircraft defenses. With cities largely constructed of wood and paper, the fire bombs created their own weather phenomenon, the heat from fires causing tornadic storms that drove flames until no fuel source remained.

Entire cities were virtually destroyed, their names being systematically removed from target lists in LeMay’s command post. The names of the fire-swept cities were noted as well by Japan’s cabinet members and by the royal family who were forced to spend increasingly greater periods of time in the underground shelters built beneath the Imperial Palace.

Hirohito could not have possibly imagined just what Hell was about to be unleashed when he made his prophetic comment following the loss of Saipan.

From Tojo to Suzuki: Governments tumble

Prime Minister General Hideki Tojo could no longer keep from the Emperor the fact Japan was beginning to lose the war after Saipan fell. As a result, Tojo resigned and a new government had to be formed, its prime task being a change in how the war was prosecuted.

Koiso Kuniaki’s appointment by Emperor Hirohito as Prime Minister was made not due to Koiso’s suitability, but due to the unavailability of desirable alternatives. As such, he was not permitted to participate in military decisions and was unpopular among even his own cabinet, by then fractured. Though still fearful of retaliation by hard-line Japanese military leaders, some high-ranking members of government as well as some in the Imperial family were privately contemplating peace.

One week to the day from the American invasion of Okinawa on 1 April 1945, Koiso resigned. He was replaced by Japan’s final wartime prime minister, Kantar Suzuki. The new cabinet members shared only one common understanding. Japan was soon to be defeated.

In the final post of this three-part series, Emperor Hirohito, his nation’s political mechanism hopelessly broken, descends from his nebular realm, throwing in with the growing peace faction.