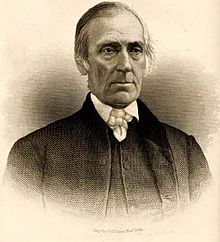 This October 28, will mark the 214th anniversary of Quaker Abolitionist Levi Coffin’s birth. Among his many involvements in what were at the time the nation’s most prominent social developments, Coffin was active in the ill-fated Free Labor Movement. At the heart of that movement rests a central issue as compelling today as it was more than a century and a half ago.

The Free Labor Movement was a direct economic attack upon slavery, one that was dependent upon large numbers of Americans making moral commerce choices by avoiding support for any item made through slave labor. As we know, the premise doomed this high-minded attempt, not to mention the final chances for people like Coffin to regain the wealth they lost following the depression that began with the 1837 Panic.

When faced with paying considerably more for a product not made by the institution of slavery, Americans lost little sleep in opting for the cheap goods made inexpensive only through bondage. Today, a similar morally myopic tendency is equally prevalent.

Given the Hoosier State’s historically constant awful record on civil rights, from the infamous Article 13 of our 1850 Constitution to today’s voter ID laws, it’s not at all surprising that our one-party state government is competing for the title of the most bigoted reaction to the presence of Hispanics, ostensibly those undocumented workers, but in practice, anyone guilty of accent and brown skin. Those most hysterical about the “invasion” of people fleeing their own bondage of poverty to answer the unmistakable call of providing cheap manufactured goods, clean dishes and year-round, cheap truck produce are similarly vocal about a related issue – the denial that our own consumer demand is directly tied to immigration.

Levi left Indiana broke and desperate to clutch at the only viable economic mirage available to him in 1847, that of running a free-labor warehouse in Cincinnati. It failed miserably, thus ending Coffin’s brief decade or so of wealth. Coffin knew that demand was the lifeblood of slavery just as any rational person today is aware of our own role in having drawn a large Hispanic population that proved a reliable, cheap source of diligent helpers.

Levi isn’t eating his vegetables today, at least not those made moderately inexpensive by the weathered hands of an undocumented worker. Likewise, he’s in a distinct minority again. Given our common reluctance to even pay for contemporary wars with contemporary taxes, it’s not likely that those whose irrational fears of Hispanic will ever accept their role in immigration issues, but Levi and other know better. As now in the 21st century, several state legislatures have passed racist immigration law and other states, including Indiana, have seriously entertained similar legislation, it is important that a vigorous, vociferous voice of dissent be recorded for posterity lest we all bear a common shame.