113th Congress – History and Day One 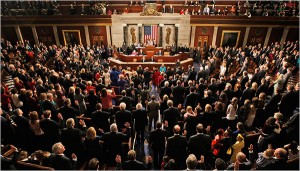 If you’ve never heard the name Thomas B. Reed then it’s likely you may be under the mistaken belief that the notorious filibuster was always exclusive to the U.S. Senate. Likewise, if Reed’s name doesn’t readily come to mind, the full significance the Speaker of the House of Representatives holds over Congress may require more background. When the 113th Congress meets at noon on Thursday, January 3, 2013, intrigue will unfold in both chamber when the House selects its speaker and the Senate addresses its rules for the coming two years.

There will be tears 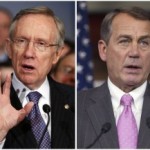 Unlike Thomas B. Reed, Ohio congressional representative John Boehner has not yet served a sum total of three terms as Speaker of the House, two consecutively. Also unlike Speaker Reed, Boehner has not had to directly confront the issue of the filibuster. Both the future of Boehner’s tenure as Speaker and the nature of the senate filibuster will be decided and many won’t be happy with the results, such is the nature of Congress.

Congressman Boehner is no stranger to intra-party coups involving the speakership of the House. As a result of his 1997 role in the unsuccessful attempt to oust the controversy-prone Speaker of the House Newt Gingrich, Boehner was later stripped of an important chairmanship, languishing in party purgatory for many years. During that time he mended fences and riding a tide of strong opposition to President Barack Obama’s legislative agenda, Boehner was elected Speaker of the House in the 112th Congress. His long-desired leadership position coincided, however, with the ultra-conservative Tea Party movement’s success in helping strip Democrats of their control of the House. Their influence posed difficulties not only in leading a Republican-controlled House, but within the Democrat-controlled Senate. 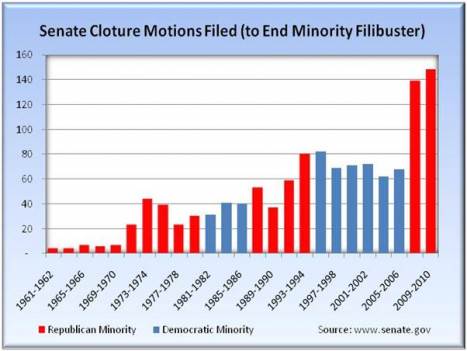 During the 112th Congress, the use of the filibuster spiked even during a historic period of record senate filibusters. Frustration within the Senate and a possible tipping point of public disgust against the practice’s abuse having been reached combined into a likely motion to reform the Senate rules. Many believe such a change may be accomplished during a small procedural window presented only on the first day of the new Congress. Any attempt after that time would be subject to – filibuster. While eliminating the filibuster is not seriously being considered, lowering the threshold for cloture from the current 60 percent to a simple majority is likely as is the return to a more traditional format ala Mr. Smith Goes to Washington.  In the end, it is the degree to which minority opposition thwarts, not tempers, majority rule that has guided past changes in Congress.

Thomas Reed and a long-gone filibuster 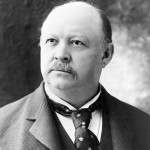 Thomas B. Reed, 38th Speaker of the House

In the storied history of Congress, a handful of those who served as Speaker of the House rise above all others. Henry Clay, Joe Cannon, Sam Rayburn and Tip O’Neil all distinguished themselves as powerful and efficient masters of making the House work, usually in their party’s favor, but always with an eye for effectiveness. Thomas Brackett Reed, Republican representative of Maine served as the 38th Speaker of the House of Representatives and is known for two no-nonsense accomplishments.

Unknown to many, the filibuster was once a procedural tool in the House. During Reed’s time, the last decade of the 19th century, Republicans dominated both houses of Congress. To delay a bill in the House, Democrats would  refuse to answer a roll call used to determine whether or not a quorum existed. Known as the disappearing quorum, Democrats would call out a point of order that a quorum did not exist, thus blocking further action on the filibustered bill.

Reed took the bold move of ordering the Clerk of the House of Representatives to record as present those clearly visible in the chamber regardless of how they responded to the roll call. Reed also ordered the doors locked during the roll call at which time the clerk began reading and recording the roll based upon what he saw rather than only on what he heard. Democrats were said to have hidden under desks in a desperate effort to have their presence officially noted, but Reed made the practice stick, thus ending for good the filibuster in the House.

As an aside, one Illinois representative took part in a disappearing quorum action by scurrying out a window before his name – Abraham Lincoln – was called during a roll call.

At the time of Speaker Reed’s decisive, controversial ruling, the Senate had no such problem with the filibuster which was used less than two-dozen times by the century’s end.

A Window for the Senate

Under Article 1, Section 5, Clause 2, each chamber may set its own rules subject to only a few constitutional procedures specifying, for example, super majorities for removing members or forwarding amendments to the Constitution. In the Senate, procedural rules from the previous Congress do not automatically carry over. It is customary that nearly all such rules are adopted early in the start of each new Congress, but changes made before adoption require only a simple majority for passage. This creates a window for what is called either the Constitutional Option or the more emotionally charged Nuclear Option. Essentially, the House Majority Leader may recognize a motion to change a rule and call for a vote in which only a majority is needed for passage.

In the past, the very real possibility of retaliation by the minority has led to compromises that limited the use of actual or threatened filibuster. The certainty of the party in power someday becoming the minority party has also been a strong incentive for majority leaders to stop short of using such options. However, there is more than one opportunity at play as the 113th Congress first meets to organize.

Nowhere to go but up

According the the most recent data from the Gallup organization, Congress is held in contempt by a staggering majority of Americans. With an approval rating of only 18 percent for Congress, the consequences for both the House majority and Senate Majority leader of taking controversial steps are unlikely to result in lessening respect by the American public. Given the partisan split in approval, Republicans suffering ratings of only 14 percent, while Democrats can hardly boast of their own slightly higher level of 21 percent, any coup in selecting the Speaker of the House or pulling the trigger on Senate filibuster reform – the more likely possibility – is likely to be perceived no worse than neutral by the citizenry.

It is unlikely that the names John Boehner and Harry Reid will take their place among such other names as Henry Clay, Thomas Reid, Lyndon Johnson or Henry Cabot Lodge in the pantheon of Congressional giants. Membership in that club is earned through success in making things happen in the respective chamber, usually by force of will. Merely being at the helm receives no credit.

When the new 113th Congress meets in accordance with the Twentieth Amendment, it faces challenges its predecessor failed in the eyes of most Americans as having failed to address. The general election of only two months past, while not seen as providing a partisan mandate, has sounded a call for profound change. History suggest that individuals willing to impose their will to lead in Congress meet with both success and begrudging praise. This lesson is well known to Harry Reid – and to House Republicans now battling over the irreconcilable visions of obstruction or compromise.