A Constitution free of slavery 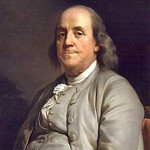 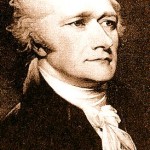 A great many American historians, it seems to me, have accepted that the many compromises made to create an acceptable constitution were, however distasteful, necessary. Most unfortunate among these, so the narrative goes, were the bargains struck over the issue of slavery. While unproductive to consider even the possibility of nine or more states ratifying the original version of the Constitution in its 1787 form without those compromises, it is, I argue, worthwhile to consider what might be called a stepping-stone form of government, one without slavery, as our first advance beyond the Articles of Confederation.

The United (eight) States of America

Philadelphia would have been an unequivocal failure. There’s no point in considering any other outcome. Also a certainty is that no more than eight states would even participate in a follow up convention had the dominating personalities at Philadelphia not been slave holders and stood their ground on the issue of remaining faithful to the ideas of the Declaration of Independence. 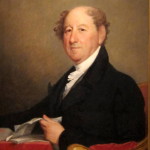 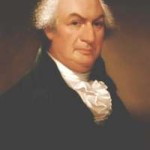 Virginia’s famed, slave-holding representatives would not have remained one moment beyond the point at which it became clear that several northern states would not negotiate a new form of nation that was part-slave, part free.

Both North and South Carolina, Maryland, Georgia and perhaps, Delaware, would follow suit to Virginia.

However, remaining to form a new nation that would not long include the ideologically hypocritical institution of slavery would be the remaining states:

Of these, only Massachusetts had no slaves listed in the 1790 census. Delaware, third behind New York and New Jersey in total number of slaves of the northern states in 1790, would have likely refused to adopt a new constitution that called for the abolition of slavery within a short period of time, though its proximity among soon-to-be free states would surely play into any speculation now considered. (As it was, Delaware maintained slavery until the passage of the 13th Amendment in 1865.)

Left to thrive; left to wither

Under this scenario, there would by a cost to both sides. For the free nation, the decision to abandon the Articles of Confederation would likely include the consequence of also abandoning claims to the Northwest Territory, organized under the Articles. However, the geography of those states, assuming the prohibition on slavery were removed, would create its own pressures against the use of slave labor. The same can be said of those future states formed above the notorious latitude of 36 degrees, 30 minutes North. For the slave states, presumably continuing under the Article of Confederation, westward expansion, as we understand the term today, would be problematic for a number of reasons.

If Napoleon had even considered under these circumstances to sell “Louisiana,” the slave states would have almost certainly been governed under such conditions prohibiting any purchase. Though beyond the scope of this post, it is intriguing to consider the Spanish Conspiracy forming a western nation to include Kentucky, effectively isolating the slave states from expanding westward.

Soon after our what-if nation was born, the remaining slave states would still face the dramatic shift from one disastrous economic choice to another. With tobacco having used up the land in the Upper South and someone’s invention of a cotton gin prompting a demand for slaves in the Deep South, economic pressures alone might foster a reconciliation with the free states by Maryland, Virginia, North Carolina, and by then, Delaware. The benefits of belonging to a free country would weigh heavily when compared to being anchored to a slave economy that would most benefit those states in the Lower South.

With no need to enact a fugitive slave law, what was a historic trickle of Freedom Seekers striving for Canada would become a flood of labor, however welcomed or not, from the slave states and into the north, cutting off the life-blood of a slave economy, though perhaps further entrenching a slave-based society. Add to the economic peril of slavery the highly predictable slave insurrection throughout the slave states and especially in state like Georgia and those future states of Alabama and Mississippi, and the issue of slavery would soon be settled, though without the loss of over six hundred thousand lives.

Of course this alternative version of history would have to contend with more than a sister nation. Both free and slave countries would have dealings with Great Britain, France, Spain, and later, Mexico. However, it’s unlikely those interactions would play out either as fast, or as in the case of Great Britain, so deadly.

Those seeking new lands north and east of the Ohio River might have to contend with a few, lingering British outposts as well as Native Americans then in possession of the western lands, but such dynamics might produce a net advantage.

The speed of western expansion into that region would, by necessity, be slower than it was in fact. Though land speculators and settlers seeking opportunity would still agitate for title to the Ohio lands, diplomacy, both with the British and with the actual owners of the land, the Native Americans, would have to play a much bigger role than was the actual history.

The Spanish, more so than the French, would likely have played the dominant role in negotiating any acquisition by the slave-holding nation of such locations as Florida and Cuba. As for a Spanish Conspiracy creating a Mississippi nation, it’s not unreasonable to speculate that such a venture would be unsustainable as was the case with Mexico.

In the speculative folly that is the subject of this post, there must be an accounting of the present. Had our founding fathers not been slave holders, there would likely have been much faster death of slavery in North America for reasons already made. As such, it’s likely that the development of the present day South would have advanced dramatically to include a much more diverse economy. Likewise, with a history and culture not dependent upon slavery, the socio-political makeup of today’s South would almost certainly produce more moderate direction without he militancy stemming from losing a civil war.

As European nations eventually abandoned the costly business of maintaining interests in the lands west of the Mississippi to California, the present day shape of the United States would in all probability include the current area with the possible exception of Texas, New Mexico, Arizona and perhaps Southern California.

While this post has been an act of creativity and not real history, it has evaluated an option not taken seriously in Philadelphia that hot summer of 1787. However, it’s safe to say that by compromising on the issue of slavery, the constitution produced by our historical founding fathers can be seen as being near-fatally flawed.