Our nation’s Electoral College is deserving of a better label than archaic.  We Americans seldom acknowledge the fact that votes cast by electors, not those of the popular will, decide the winner of presidential and vice-presidential races. This is understandable since in more than 90 percent of the time, the two outcomes are indistinguishable from one another. However, we know that there are exceptions in tight races. Given the universal consensus this year’s election may be so close in the popular vote, the Electoral College may experience entirely new scenarios.

To have a comprehensive grasp of the electoral permutations that may come to pass today and until a president – and vice-president – are duly chosen, a review of both history and the Constitution is necessary.

The Electoral College was established a part of the original United States Constitution. As we know, three amendments have modified the original procedure outlined in Article II, Section 1. These are the Twelfth, Twentieth and Twenty-fifth Amendments, which later will be discussed in some detail. But these changes haven’t altered the essential points of the Electoral College. In this section is the supporting framework of this institution:

The Electoral College – In the Hands of Congress 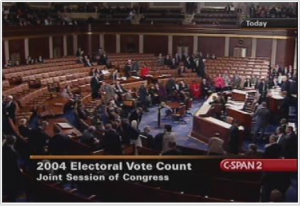 The date set by Congress for all state electoral ballots to be received by the President of the Senate is December 26. As prescribed by an act of Congress, the formal counting of votes is held on January 6, three days after the swearing in of the newly-elected Congress, (SEE Twentieth Amendment).

Election of 1800-Who will be president?

The first two national elections for president posed no controversies for the Electoral College. However, by 1800, political factions from which all political parties now stem led to the first real test of the electoral system. Federalist incumbent president John Adams ran against Democratic-Republican challenger Thomas Jefferson as well as the nominally popular Aaron Burr. Both Jefferson and Burr received a tie majority of electoral votes, 73 apiece, and so the Federalist controlled House of Representatives took up the issue.

At the time, the lame-duck Congress decided electoral issues. This is no longer the case as a result of Twentieth Amendment and congressional legislation setting the counting of electoral votes. According to the original provisions in Article II, no distinction between president and vice-president was made when each state cast two votes. Both Jefferson and Burr had received 73 votes, though none of the votes made clear who was preferred as president or vice president.

In February of 1801, while the beginning of the presidential term began in March, thirty-six ballots were held in the House until prominent Federalist Alexander Hamilton, by no means on good terms with Jefferson, urged his fellow Federalists to throw their support to Jefferson whom Hamilton felt was the lesser and more stable of two evils. While this maneuver settled the tie issue, it made clear another shortcoming within the Electoral College, one that prompted the Twelfth Amendment.

This alteration of how electors cast their votes for both president and vice-president was not, as some have suggested, a means of preventing a chief executive from one political bend serving with a vice-president of another. Such an awkward scenario is still possible today as stories about a Romney-Biden Administration, Romney the likely choice of a vote taken in the Republican-controlled house and Biden, the likely choice of a Democrat-controlled Senate, both cases assuming no change in control for the new Congress.

At the time of our federal government’s early years, it was not uncommon in the world for mischievous deaths to occur in which a new power gains from a monarch’s untimely death. However, at that time, though political parties were already well-defined by 1804, the year the 12th Amendment was ratified; they were not yet strong enough to avoid serious consequences for the gross abuse of the Constitution and public trust.

The statistical odds of such an outcome are calculated by some to be only three hundredths of a percent, but given the national appetite for conspiracy, one can only hope this anomaly remains a curiosity.

Oddities and the Twentieth Century

This evening, close to the time the Ohio polls officially close and before Californians cast their final ballots, the two twentieth-century amendments affecting the selection of president will be explained, 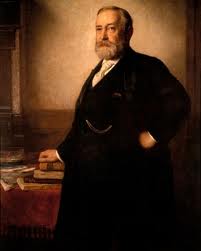 Finally, I’ll give brief mention of the several elections in which the election of our president and vice-president has been downright messy. Lesser known than the contested election of 1876, the 1888 contest that saw Indiana resident Benjamin Harrison lose the popular vote, but win the electoral vote, thus the White House, will receive special attention for reasons that may become very clear late tonight – or even later.