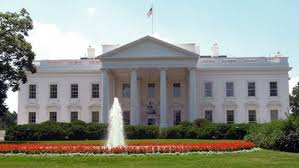 The polls in my state of Indiana closed eighteen minutes ago. Very locally have I heard of one-hour waits and longer, though my own experience lasted no more than five minutes when I voted mid-afternoon. Radio reports indicate that some polling locations had recently changed adding to confusion and discouragement for those whose lives are too full to keep up on what are usually routine voting procedures. Across the nation the unusual balloting procedures caused by super-storm Sandy and even more unusual closings – perhaps targeted – of polling locations in urban areas demand patience and time by those determined to exercise their franchise.

The ultimate outcome of today’s efforts will be guided by primarily by one twentieth-century amendment to the Constitution, the twentieth, as it sets dates germane to the Electoral College process as well as matters of succession, important for our purposes in the event of uncertainty in selecting a President. These issues will be covered in this post, however, one very real constitutional issue related to the electoral process is the matter of ballots from one or more states that may be challenged in various ways.

Some proposed changes to our Constitution languish for years – even centuries as in the case of the Twenty-Seventh – before being resolved as either failures or actual amendments. The Twentieth did not languish before ratification.

The Great Depression began just shy of the first anniversary marking Herbert Hoover’s election as our 31st President. By November of 1932, with the incumbent’s certain fate known for months, the nation and its Congress knew one other certainty; the now-quaint requirement of waiting until March 4 for a new administration to begin was perilously too long. Proposed by Congress eight months before the general election, it took the required 36 states only until January of 1933 to ratify the change.

The result of this new amendment was the relatively swift end to the repudiated administration and the prompt start of a new Presidential term, beginning on 20th day of January. For Congress, it ended the prescribed lame-duck session in December and specifically named the date on which the newly-elected Congress would first convene.

As mentioned in the previous post, the Congress that presides over the counting of Electoral College ballots on January 6 is the newly-elected body, though this distinction was made by federal code, not the Twentieth Amendment.

So what happens if, by the 20th of January, neither the Electoral College nor the new Congress has resolved the matter of choosing a new President?

While there has never been a case of a President or Vice President elect failing to qualify, there are historical examples in which the validity of state elections have brought into question the acceptability of electoral votes from the affected state. Contemporary times saw the election of 2000 as a grey, even dark area of Electoral College function. With national polls still open at the time of publication, knowing the murky areas of Electoral College procedures may be very timely, though I hope I’m wrong.

In Bush v. Gore, the U.S. Supreme Court narrowly ruled that the method of recounting ballots in four heavily Democratic Florida districts was unconstitutional, thus allowing Florida’s votes to be certified in time for the meeting of its state’s electors on December 17. As a result, George W. Bush received one more than the minimum 270 electoral votes necessary to win despite his opponent, Al Gore, having received more popular votes. Each election involves the possibility that one or more states may have disputed results. Even in the case of a state’s Secretary of State certifying election results, as was the case in Florida in 2000, legal challenges, both in and out of Congress, can delay the outcome of an election.

The most notable of such instances – so far – involves the election of 1876 in which popular vote winner Samuel Tilden was ultimately defeated in the Electoral College by Rutherford B. Hayes. The controversy, one that unceremoniously ended Reconstruction, was the result of disputed election results in Florida, Louisiana and South Carolina and one elector from Oregon. I all twenty electoral ballots were not counted by the President of the Senate, Republican Thomas Ferry of Michigan. Worth noting is that Ferry was not the Vice President as President Grant’s second Vice President, Henry Wilson, died the previous year and no provisions for replacing the loss had yet been made.

Congress enacted a measure creating a 15-person committee to resolve the status of the disputed 20 electoral ballots. The resulting compromise allowed all of the disputed ballots to be awarded to Hayes who won a 185-184 electoral victory over Governor Tilden. Hayes was sworn in barely two days after the committee completed its work

In what seems to be a new era of closely divided political races for the presidency, the black and white electoral decisions we once knew as normal may well be replaced by litigious, contentious battles for hands full of electoral votes. Though tonight’s election has one candidate expected to secure a good margin of electoral supremacy, that prediction relies on all electoral votes being counted before the assembled chambers of Congress come January 6, 2013.

As I conclude this post having not viewed any election results all evening, I’m not anxious to see the latest results, though I have my own preferences. I have to wonder if this bitter contest will have a known outcome anytime soon. My skepticism is, I hope, misplaced.