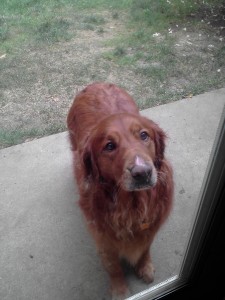 Blogging as a hobby bears many similarities with the relationship one has with a pet. I avoid the term pet ownership as any truthful human with a pet understands that the reality of control is quite fluid, certainly where cats are concerned and to a large degree with dogs as well. There are inviolable routines demanded both by pets and by blogging as well as more flexible demands such as grooming. Today, for example, it’s time for a little maintenance.

Late last year I spent a good number of hours creating a blogging calendar to help guide my topic selection. If you recall it was filled with roughly a half-dozen monthly reminders of important events in American history, each a possible subject for a blog post. To my frustration and dismay, the online calendar I was using auto-updated and erased forever my notes. Perhaps not coincidentally, the Annie the Golden Retriever in whose home responded to the latest bath I’d given her by going into the back yard where she playfully rolled around over something putrid as dogs are wont to do.

I’ve recreated the reminders on Google Calendar, (as I should have done originally), and Annie has since had another bath.

Two events in July will always warrant consideration by any love of American history. This particular July saw the sesquicentennial of the Battle of Gettysburg, the annual celebration of the signing(s) of the Declaration of Independence and Neil Armstrong’s first steps upon the moon will forever trigger my own early personal memories and emotions of that remarkable accomplishment. The former of these events assures a post about the Gettysburg Address on or around November 19. August, however, is for my calendar much more eventful.

Not every event will receive treatment every year, the result of expedience and timeliness of the topic. Other considerations for post include current events, some predictable such as the end-of-term timing of Supreme Court decisions, others spontaneous such as military coups in countries important to foreign policy. August has three events that beg for extensive research and reporting.

Running down a thread

A clear thread runs through Daniel Shay’s Rebellion of 1786, the passage of the Northwest Ordinance of 1787 and the 1795 Treaty of Greenville, (Ohio), that ties together two of our most important national documents. The first two happenings are the direct result of the Articles of Confederation, while the latter event is a snapshot of American governance during George Washington’s final term as president, a creation of our present Constitution. Given the on-going manipulation of the Declaration of Independence’s present day relevance, the August anniversaries of events occurring in the 19 years following the Declaration’s signing are instructive.

An inveterate procrastinator, I admit to playing with Annie and her Lab-Chow mix buddy Goober, (I didn’t name him, but his innocent affection stands out making the name a good fit),  as a way to put off petty tasks. Why sort and clean the mountains of object stacked upon every horizontal surface in your room when you can deliver a vigorous back scratch that summons Mr. Happy Tail? Blogging, I’ve also discovered, is a good cure for that nagging sense of guilt caused by the call of uncut grass in the back yard. (This happens to be the case as I type now.)

Inevitably, life goes on tasks must be met. I’m off to engage in my weekly exercise of grass mowing, satisfied that my time spent on today’s blog was done strictly in the spirit of progress. Who knows, this weekend my see more writing and it will almost certainly involve a dog walk, here or at Mom & Dad’s where another friend, Zuka, awaits my affection! 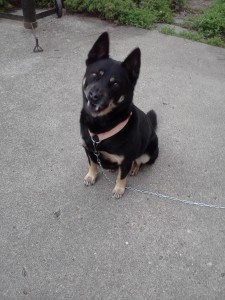