Nullification, Nigerian Princes and other scams 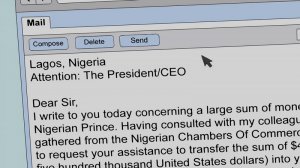 Staying informed is the best defense against political scams as well!

Nope, the government simply can’t always do a job better than the diligent citizen when it comes to protection from harm or fraud. Take for example the ubiquitous e-mail scams sent by seemingly generous, Nigerian Princes who need your help claiming millions. The government can’t be expected to stop every such scam from reaching every citizen. Only by staying informed on the part of the individual can ruin and humiliation be avoided.

Of course the same is true about ideological claims of dubious origins. Take for example a set of claims recycled in a Pal-Item Op-ed seen this New Year’s Day. For those who practice civic ignorance, the long-ago debunked theme of nullification seems as valid as do enticing chain letter claims to the similarly gullible.

Was Nullification ever Constitutional? 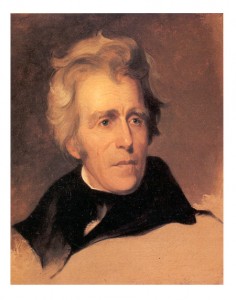 So what is nullification and was it ever legal under our present Constitution? Most of us may recall hearing the term first in 8th grade American History. Understandably upset by a tariff law that tended to favor northern manufacturers while raising prices for southern consumers, soon to be Vice-President, South Carolinian John C. Calhoun first secretly, then openly floated the notion that a state could veto, or nullify federal law. His home state even passed an “ordinance of nullification” in 1832. By that time, talk of secession was, by then, rampant. President Andrew Jackson penned his famous rejection of nullification as a legal remedy, also making clear that any act of treason would be met with military force. 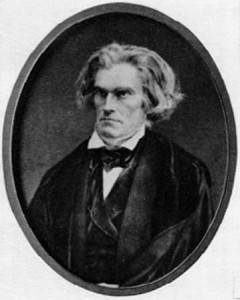 The crisis came to an end, however, when the constitutional process led to a compromise on tariffs and South Carolina repealed its nullification ordinance. Since that time the advocacy of nullification has come from one identifiable quarter in America’s darker pages of history.

Neo-Confederates in the attic

In the lifetime of many readers today, talk of nullification can be recalled not only from classrooms, but from the annals of the modern civil rights movement. Specifically, school desegregation launched the modern nullification movement, a rallying cry for the Neo-Confederacy cult whose roots have found purchase in several conservative circles, most notably among Libertarians. 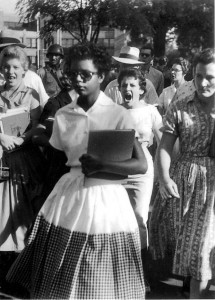 In a rabid response to the 1954 Supreme Court ruling in Brown V. Board of Education, many Southern states invoked both nullification and its historical sibling, interposition – the active resistance to the implementation of federal law – under the guise of states rights. While under our national form of federalism, states’ rights are a valid and indispensable cornerstone of our constitutional government, the term has become, among Neo-Confederates, a popular euphemism.

Throughout our nation’s constitutional history, nullification as a legal concept has been made many times before our highest court. With no exceptions, regardless of the court’s makeup, the idea has been ignominiously rejected. Most often cited by the Supreme Court is are the provisions within our Constitution providing that the Judicial Branch, not individual states, rule on the constitutionality of federal law. Of course, for those still lamenting the outcome of the American Civil War – and by extension – the Civil Rights Movement, interpreting the Constitution is a highly selective privilege. 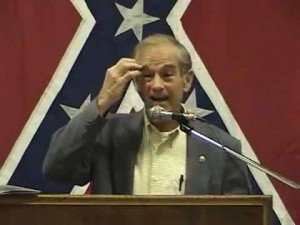 To be clear, the rejection, in part or in whole, of nullification as a valid legal theory is one shared by both Libertarian and conservative thought. Leading scholars of the Cato Institute, the nation’s leading libertarian think tank, as well as The Heritage Foundation, openly reject the association by Libertarians with the Confederate movement and nullification as lawful.

Not surprisingly, the Affordable Care Act is but the latest federal law to attract opposition in the form of nullification, even secession, from clearly more than Neo-Confederates, though this issue has just as clearly been a major recruitment tool for that movement. Obamacare is dependent upon the idea of federalism and issues directly involving legitimate states’ rights issue will undoubtedly seek resolution from the Judicial Branch.

The Legislative Branch can also change federal legislation, as in the instance of tariffs, but states cannot ignore, defy or obstruct the nation’s laws – or its election results!

While I don’t expect my Junk Mail folder to suddenly be free of scams enticing me with the promise of free fortunes, I also don’t expect my home-county’s newspaper to be free of dubious political claims. In the end, I know that common sense – and a solid understanding of American History – is my best protection from frauds of all types.