The Niagara Movement is often described as the forerunner of the National Association for the Advancement of Colored Persons, NAACP, which is not untrue. However, the 1905 gathering began as in response to another movement launched a decade earlier. The … END_OF_DOCUMENT_TOKEN_TO_BE_REPLACED

The immoderate nature of John Brown’s Raid For one, when a white man comes to me and tells me how liberal he is, the first thing I want to know, is he a nonviolent liberal, or the other kind…If you … END_OF_DOCUMENT_TOKEN_TO_BE_REPLACED

OTD – 1957: Troops Escort Little Rock Nine According to figures from a Wall Street Journal report, more than 3.6 million Americans born in 1957 are still alive. Those older than 61 number millions more, including those who have memories … END_OF_DOCUMENT_TOKEN_TO_BE_REPLACED 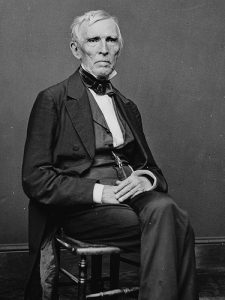