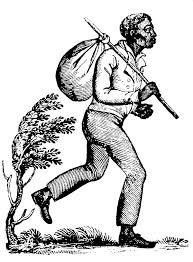 Like most Americans my age, at least those who liked American History from early in their childhood, certain understanding were simply presumed straightforward. Among these acceptances was the purpose of the 1850 Fugitive Slave Law. I didn’t like what I knew of the law, but I understood that the slave states insisted on having a rigorous law aimed at stemming the flow of fugitive slaves.

I also accepted those accounts readily available to me about the role of Underground Railroad “conductors.” With the lone account of Harriet Tubman, the conductors were, white, male and predominantly Quaker. Among these no doubt courageous figures who left for posterity their recollections of the efforts to help the pitiful runaway slave find his or her way to Canada and freedom is Levi Coffin, an abolitionist who, by his own account, helped over 3,300 slaves make their way north, 2,000 of these during his tenure in my hometown of Fountain City.

However, as I was exposed to more rigorous research, some conducted by myself, it soon became clear that the math didn’t add up in nearly every account, north and south, about the nature and certainly the efficacy of the Underground Railroad. Exaggeration, which I now see was rampant in these accounts, has driven a very unrealistic picture of this romantically described network to freedom. The fact of the matter is that the story of the Underground Railroad is one of one of the most tragic failures in American History.

I’m indebted to Philadelphia attorney David Romine, owner of the LinkedIn professional group, American History. Earlier this year, in one of the many fine, even fun discussion threads, David introduced me to a book that has greatly expanded my understanding of issues and causes leading to the Civil War.

As the discussion on non-fiction books touched upon the 1850s, David shared, “The authoritative book on the 1850s is David Potter’s, The Impending Crisis. I almost immediately ordered the book from my local library. At 583 pages of text before the extensive bibliography, it’s a serious read. The book’s prose is disciplined and lesser writers than the late professor Potter have written covered much less in multiple volumes. The brief treatment of the Underground Railroad’s actual effect on slavery is a prime example.

In one paragraph on page 136, Potter cites census figures from both the United States and Canada that provide, as the author states, “some puzzling anomalies.” Census data from slave states whose congressional representation was calculated, albeit at three-fifths per soul, enumerates “…the number of slaves who an away annually…at 1,011 for 1850 and 803 for 1860.” For states whose, (much higher), claims of economic damage done by fleeing slaves was one of the causes of the 1850 Fugitive Slave Law, their own records fail to back up the assertions.

Canadian census figures are even more damning to figures used by both abolitionists and slave states. Citing again the same paragraph of The Impending Crisis, figures from Upper Canada, meaning Ontario where most formerly in bondage settled, count 5,469 Negroes in 1848, “…increasing to 8,000 in 1852 and to 11,223 in 1860.”

The paragraph concludes that even had there been no natural increase in population, either fugitive slave returned from Canada, not to Free States, but to the South, “…or that the migration was less than 6,000.”

The need for more rigorous interpretation 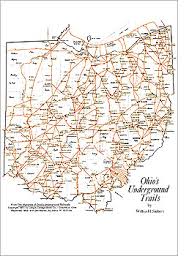 In addition to the scholarship of the 1976 Pulitzer Prize award winning The Impending Crisis, (both the book’s publishing and the author’s award were posthumous), the Underground Railroad has been reinterpreted on many levels.

Though unquestionably helpful furthering the study of the Underground Railroad, the late Ohio State History Professor Wilbur Siebert’s painstaking collection of accounts and data is almost entirely that of white abolitionist’s accounts that seldom mention or downplay the role of Free Blacks who actively secreted fugitive slaves on the Underground Railroad. These accounts are now seen as almost certainly exaggerated in detail when held up to much academic scrutiny.

In Levi Coffin’s 1876 autobiography, Reminiscences of Levi Coffin, the reputed president of the underground railroad, the author applies without confirmation or denial a third hand accounting of the number of fugitives he personally assisted. 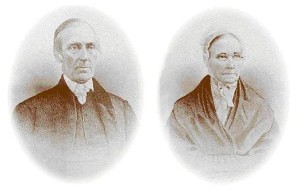 Recalling a visit to England made following the Civil War, Coffin quotes in his book one Edward Gem retelling an account by mutual friend Joseph Sturge as to Coffin’s work on the Underground Railroad.

Coffin uses the claims of others in a similar fashion when suggests he and his wife Catherine are the basis of characters Rachel and Simeon Halliday in Cincinnati contemporary Harriet Beecher Stowe’s, Uncle Tom’s Cabin. This assertion was debunked in Stowe’s 1854 A Key to Uncle Tom’s Cabin, written in response by pro-slavery sources that the novel was almost entirely fiction. 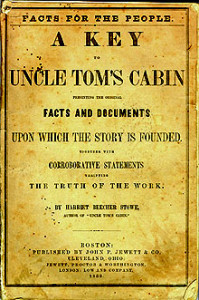 The suggestion Levi and Catherine Coffin personally “relieved” more than half the probable number of slaves who escaped from the South is almost certainly a wild exaggeration. Coffin, who died within a year of the book offering by subscription, was composed to help support his wife and I can’t blame the abolitionist for taking a common license to boost sales.

While scholarship not clouded by nostalgia, wishful thinking or even careless research reveals the Underground Railroad to have been an unqualified failure as a means to free human beings from bondage, it would be unfairly cynical to write off the effort.

As Potter points out in his work, the Underground Railroad was primarily a propaganda tool used with effect by abolitionists, a tiny minority among Northerners at their height of influence, which was never much. Conversely, the term Underground Railroad, likely first coined by Southerners to also inflate their claims, was a factor in enacting the Fugitive Slave Law of 1850. Despite the near universal contempt felt in the North towards that onerous law, it was, with but few exceptions, enforced.

The contemporary study of the Underground Railroad needs to evolve from one of romanticism to one of context. The complex causes of the Civil War – all inextricably tied to slavery – have been presented too often as independent factors, not the interrelated, fluid movements finally colliding at Fort Sumter.

For those of us who study and interpret the Underground Railroad, our understandable fondness for and defensiveness of abolitionists must be seen as an impediment to fully appreciating the true nature of this topic and of all its actors. To do this, we’ve got to begin presenting the story of the Underground Railroad for what it was – a noble failure.