The N-word – Under new management 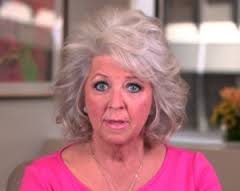 Cooking celebrity Paula Dean apologizes for past use of the N-word following her firing from The Food Network over the revelation .

I routinely hear the N-word used multiple times a day. Having spent the last year teaching in an urban Indianapolis area school district I estimate the racial epithet reaches my ear a dozen times every single day. However, I’ve not yet heard the term used as a pejorative. Something has changed about that ugly term since my days as a high school student. A shift occurred and I struggled to recognize how a single word came to be under new management.

The way we were

In my lifetime, the concept of race has undergone radical change in the face of radical resistance. Born early in the first year of John Kennedy’s presidential administration, Jim Crow was still very much alive in the South and still very much lurking in the North.

In nearby Richmond, Indiana, at the time of my birth the practice of not serving African-Americans was still largely acceptable and lawful. Heart of Atlanta Motel’s policy of whites-only would not be prohibited by the Civil Rights Act for another three years. There was, and in far to many instances, remains a phony inoculation among northerners to ascribe institutional segregation as a Southern problem, but the effect was only slightly less in states like Indiana. The motivation behind those sentiments was identical in both the areas of North engaged in discrimination and  the South.

As I grew older, though I’m sure I wasn’t conscious of the implications, reactions in my state to the Civil Rights Act and the Voting Rights Act enacted a year later were stark and bitter. The school district immediately north of my own, consolidated the Tomcats and the Bulldogs in 1964, naming their new district the Randolph Southern Rebels, represented by a Confederate flag and a rebel soldier. The timing with the Civil Rights Act of that year was no coincidence.

No less subtle was the lexicon of racial prejudice. Today’s latest iteration of the archaic terms negro or colored, African-American, was not widely heard until just before my graduation from high school in 1979. At that time, Americans in polite society were just getting used to referring to people with African heritage as Black, a relatively new term, but one with implications for today’s use of the N-word.

For centuries, African-Americans had received their official common labeling as colored or negro from whites. The N-word was commonly used interchangeably, though not often used in matters of record such as the U.S. Census. For that, slave or colored sufficed.

By the early 1960s, with the Civil Rights Movement then gaining momentum, (though by no means within sight of significant progress on a nationwide scale), when African-Americans began to reject both labels conferred by whites in favor of a name of their own choosing.

Black. What the term lacked in originality and technical accuracy was more than compensated by the power it represented. For the first time in American history, U.S. citizens of African ancestry seized the initiative of identity that was once the sole domain of the majority population group. Most whites in the northern states gradually if not begrudgingly accepted the new term. Often at first, though, references to Blacks was made with exaggerated emphasis, drawing the name out as if containing more than one syllable. Eventually the term caught on in most parts of the country, but for those who bore resentment at what they believed was a slight to Caucasian superiority, the N-word remained a private anchor of control and power.

With puberty came the incidental and coincidental cultural trappings of boys and girls. Dirty jokes were told introducing crude names for the opposite sex’ anatomy if not the opposite sex herself. Polish jokes were quite popular at the time, spurred on by the popular TV sitcom, All in the Family,  in which the main character, Archie Bunker, an inveterate bigot living in the Bronx, would refer to his liberal son-in-law of Polish descent as a Polak, pronounced ‘Po-lock. 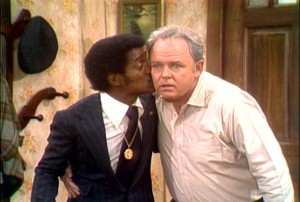 Archie’s character was familiar beyond the Burroughs of New York. In private and sometimes not so private conversation, Bunker, (whose character never used the N-word), clung to the word colored when referring to Blacks. I real life, of course, there were no such network standards that prevented the more offensive slur in young boys imitating the language of their peers to enhance the potential for acceptance.

The culture begins to change

In 1979, the N-word was differentiated from ethnic slurs by the hatred conveyed and the power of hurt and resentment felt by those to whom the epithet was directed. It was a cultural possession wholly owned by whites who used the term.

One comic, Richard Pryor, though not the only African-American comedian to do so, stood out as by his cultural challenge to the N-word’s power. As the co-writer for the 1974 Mel Brooks classic, Blazing Saddles, Pryor uses through repeated use of the N-word to present a not-so-subtle reflection of those who favor the term. Two years later, Pryor uses the N-word in the title of his successful comedy album that coincides with the nation’s bicentennial. Hilariously vulgar as sales attest, his album appealed to a young generation regardless of race. It was an initial breach in what had been an inviolable wall that represented power for those who owned the N-word.

Whenever I hear the N-word used in class, I quickly address the breach of manners and school code and then just as quickly return to whatever academic activity is going on at the time. Though the term is used often, I’ve not ever heard the N-word used pejoratively. In fact, while I’ve witnessed white students directing the label at an African-American student, the context has always been two close friends greeting each other in coarsely  familiar expressions such as in “hello, you old son-of-a-bitch!”

Towards the end of a study hall, I was engaged in light conversation with with a small table of high school students, most of them African Americans. In our conversation which had turned to amusement over some funny happening, one of the students jokingly referred to another by using the N-word. No offense was intended or felt by the snickering students, but I did firmly, though not sternly direct that the term not be used. The student in questioned acknowledged my edict with a quick “OK” and the conversation continued otherwise unabated.

In the course of the rambling discussion, one of the students, a young lady, asked me if I’d ever used the N-word. I demurred from directly answering, but I did try to do what history teachers attempt to do every day.

Conveying relevance to a student of today’s generation the complex reality of his or her grandparent’s times is an act of faith. I explained, or more likely confirmed to the student, that the N-word was until very recently a term that dwelt in the realm of either hate or revulsion. I continued by sharing my observation of how, in what was roughly two generations, I’d witnessed something both perplexing and encouraging. The power of implied control by use of the N-word had been wrested away from bigots, neutralize by its seemingly incessant use in informal language and redefined, at best as a term of endearment and at worst laughable when used as an invective. Ownership of a word had changed in 35 years.

It should be noted that this new management began with activism by African-Americans. So successful was the long effort that today this new management is diverse. The N-word is now used my most of an entire generation, regardless of race. However crude its use, like most slang, the N-word, while still capable of conveying anger and hurt, no longer belongs to a dwindling minority who still hope to derive authority from its use.