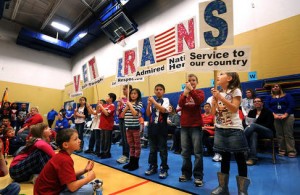 Today our school will hold its annual Veteran’s Day program. Across the country similar ceremonies will also honor those who served in the armed forces. These displays of gratitude will be accompanied by more personal expression, one in particular.

“Thank you for your service.”

I don’t know of any veteran who doesn’t appreciate hearing those words. However, that phrase, offered no doubt with sincerity, comes from an increasingly larger percentage of Americans with no ties to those who served. Of even greater concern is thank you for your service is becoming perfunctory, no different than “have a nice day” for a population unwilling to share in any way the sacrifices willingly made by veterans.

Today, only about one-half of one percent of Americans have served their country under arms. That’s of all living Americans. The single greatest factor for this statistic is, of course the end of military conscription, the Draft, in 1973.

Not surprisingly, a majority of those who now serve in the military come from families that include veterans. Conversely, as the percentage of those families becomes smaller, the greater is the percentage of families with no direct ties to veterans. I’m not leading into a plea that we return to mandatory, (for some), conscription. I am, however, making an observation of how cosmetic gratitude can be.

Passing the buck on shared sacrifice 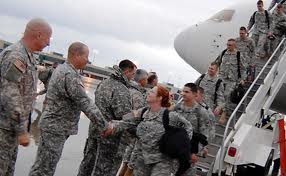 During the Great Recession, unemployment among veterans, particularly those returning often times from multiple combat tours, was 51 percent higher than that of their civilian counterparts. At nearly 14 percent at the height of the recession, young veterans discovered a stark truth. Not only did their fellow citizens not serving refuse, for the first time in our history, to sacrifice financially in paying for the wars in which these men and women fought, they established hiring practices that overwhelmingly favored civilians.

Have a nice day 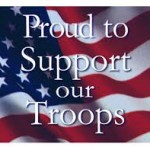 Today our nation goes to some lengths to recognize those who served their nation under arms. Disturbingly, though, yellow ribbons, bumper stickers proclaiming “we support our troops,” and yes, utterances of “thank you for your service” won’t help an unemployed or underemployed veteran or his or her family. Until material changes in how we truly honor our veterans, particularly those who served during the past decade and a half, such gestures by the general population will grow increasingly hollow. Have a nice day.

On Veteran’s Day – and more importantly – ever day thereafter, I challenge every citizen who isn’t a veteran to make a sacrifice, though nothing of the nature made daily by those serving. If you discover that your employer has few if any young veterans among his or her workforce, don’t accept that status.

Have the resolve to meet with your hiring manager or H.R. director and make the case for hiring young vets for more than entry-level positions. If selection criteria eliminate veterans by default, insist that such practices were made by those with little knowledge of the potential our veterans bring to a job. Change your company’s culture by showing some semblance of fidelity to that neighbor’s child and don’t quit until veterans have a meaningful opportunity to achieve the job equal to his or her potential.

Don’t let “thank you for your service” become an accepted excuse for ignoring veterans where it counts.