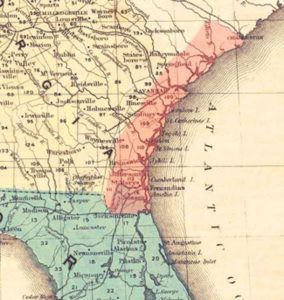 It was on this date in 1865 when General William T. Sherman issued Special Field Order #15. The phrase, “40 acres and a mule” has become permanently tied to this wartime occupation order.

Sherman issued the order after consultation with Secretary of War, Edwin M. Stanton, the latter having met with a group of prominent African-Americans who advised him on the matter at hand.
The matter at hand was twofold. Most pressing was the military need to rid Sherman’s army of at least ten thousand African-American refugees, technically freed under the terms of Lincoln’s Emancipation Proclamation, and freed in fact by the capture by Union forces of the plantations on which they’d been enslaved. The secondary aim of the order was to re-establish more than 400 thousand acres of farmland that had gone fallow after the plantation owners fled Sherman’s approaching forces. 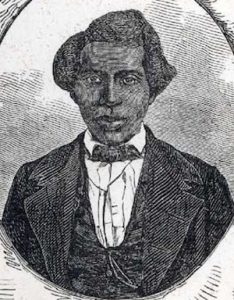 Tunis Campbell was one of many African-American leaders called upon to implement Sherman’s order. Under the authority of the newly created Bureau of Refugees, Freedmen, and Abandoned Lands,  Campbell was charged with establishing settlements on five of Georgia’s channel islands.

The indefatigable Campbell organized the newly free African-Americans, together creating viable communities on the Georgia islands. With help from the Freedmen’s Bureau as well as military quartermasters, Campbell oversaw the development of houses, productive fields, schools, and a militia.

Tunis divided the island’s lands by granting each male head-of-household 40 acres of land on which to live and produce food. The Union Army donated mules worn out by Sherman’s march through Georgia.

Those living in the communities had no intention of leaving their communities save for their own preference. An assassin’s bullet set in motion events that would eventually dash that resolve.

Presidential Reconstruction turns its back on Freedmen.

While we’ll never know how Lincoln would have navigated the process of reconstructing a nation rift by civil war, we do know his successor’s record. For freedmen, Andrew Johnson’s reconstruction was nothing short of a disaster.

President Jackson’s plan for reuniting the states formerly in rebellion and their citizenry was, in many ways, deeply personal. To receive a pardon from the 17th president, large plantation owners, those who most used their political clout to cause secession, had to appeal directly to the Chief Executive. With few other conditions, those pleas were granted. More controversial still was the disposition of plantation lands owned by those who fomented disunion.

There is a near-consensus that Sherman’s Special Field Order #15 was of dubious legal weight at the time of issue. With the war over, the temporary grants made to Campbell and thousands of other freedmen became the business of politicians.

Had Radical Republicans, at the time still a minority, been in charge of Reconstruction, returning to plantation owners the land now occupied and improved by freedmen would not likely have happened. But Johnson was president and his views of the black race were little different than those of the plantation owners.

By 1867, plantation owners successfully challenged the deeds awarded freedmen under the special field order. When those living in the channel islands refused to leave the communities they’d established, detachments of African-American troops were sent to enforce the return of the land to former Confederates. Most, like Campbell, returned to the mainland to continue their lives as free persons of color. Those lives became cruelly harsh with the abandonment of Reconstruction in 1877.